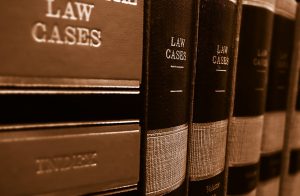 This article was written by Rich Gibbons of ITAM Review and Noel Unwin of Discount Licensing.

In July 2012, the second-hand software market received a definitive answer from the European Court of Justice (ECJ) when it ruled that reselling intangible software was legal. The rights of the software vendor to control the resale of the software copy is ‘exhausted’ after the first sale of the copy (Exhaustion Principle). This precedent is encapsulated within the European Software Directive 2009.

However, that landmark ruling was not the catalyst for the growth of the pre-owned Microsoft market. Contrary to the ‘Cloud’ hype projected by the software manufacturers, far fewer companies, than predicted by vendors and partners, moved lock stock and barrel to the Cloud [source: Commercial Cloud Dwarfed by Perpetual Software Licence Spend]; instead, we have continued to see businesses adopting a hybrid solution where they enjoy the benefits of both On-Premises and Cloud software. This continued development of hybrid deployments has been the key factor behind the growth of the secondary Microsoft software volume market, whereby supply has increased as a result of companies moving to the Cloud, and at the same time, growing demand due to the ECJ rubber stamping of the market. This ‘Part 1’ (of 2) articles highlights the business models that have emerged over the past 15 years (the good, the bad and the ugly) and also looks at key elements you should look for in pre-owned software transactions. Part 2 will be circulated in a few months, which will address the Cloud v On-Premises quandary: to be (in it) or not to be…

1) The software has been first ‘put into use’ within Europe – the ‘original Country of Use’ of the software, not where it was purchased;

2) That the original Microsoft Customer’s unique Licence Agreement (LA) / product SKU numbers can be supplied, which identify the company who first bought the software and a description of what was purchased;

3) Confirmation that the software has been uninstalled from the original Microsoft customer’s servers (we refer to this a ‘Letter of Deletion’);

4) Ownership documentation leading back to the original Microsoft Customer.

The growth of the secondary software markets has attracted many competitors, some introducing unlawful business models. Short-term financial gains may initially seem appealing, but that will evaporate at the time of audit when faced with the threat of non-compliant legal action from the software vendor, and another purchase order to replace that software. Rogue traders are knowingly reselling software that is not ‘fit for purpose’ that would not pass a software vendor audit by:

1) Advertising the use of a ‘Notary Attestation’ as a legal ‘insurance’ to the customer but in truth, a Notary could be (and has been) used to hide the original source of the software, which may therefore potentially be from an illegal source;

So, what should you expect from a legitimate secondary Microsoft software supplier?

Given the scrutiny sometimes associated with secondary markets, it’s a surprise that 15 years after its birth, still only a minority of secondary suppliers of Microsoft Volume software provide a portal for clients to have access to its transactions and supporting documents proving ownership:- sales invoices, a ‘Letter of Deletion’, summary of the client’s secondary software licence entitlement and media downloads / VLK’s. Having such information immediately available for secondary Microsoft software licence clients via an online portal, in much the same way that Microsoft provides this information via its Volume Licence Service Centre (VLSC), is essential at time of audit. ‘Packs’ with hard paper copies are medieval and will be lost as IT Managers / CIO’s come and go. If a secondary supplier is not 100% transparent and able to provide such information in an efficient manner, there may be a reason for caution, especially at time of audit.

It is imperative that any secondary Microsoft Volume software licence supplier can warrant that the transactions meet the criteria set out by the European Software Directive 2009 / ECJ ruling of 2012, and then adhere to meeting the ‘Lawful Checklist’ criteria highlighted above. Transactions should also be insured in order to protect the channel (original supplier and end customer) in case of any negligence relating to pre-owned Microsoft software purchases or sales. If the secondary supplier is not insured, ask yourself why – as mistakes do happen!

Whilst second-hand software is legal within the EU, and there have been many successful sales and purchases, for many people the whole thing can still seem a little risky. Typically, it’s a combination of unfamiliarity, prices that seem too good to be true and, as already mentioned, stories of unscrupulous dodgy organisations selling fake keys and pirated media. As with so many things, Caveat Emptor (buyer beware). Do some market research, attend industry conferences, discuss with your peers and existing customers, and you’ll be able to identify the reputable partners, understand how the process works end-to-end, and be sure you’re happy everything will be covered in the event of an audit.

For organisations looking for a staged approach to cloud adoption and/or with legitimate business requirements for older editions (Line of Business app compatibility for example), second-hand software can present a great opportunity to keep to your own upgrade cadence and reduce wasted spend. Be confident on the processes, clear on how to go about the purchase/sale, sell the concept internally using what matters most to your business – be it reducing future software spend, unlocking cash in existing assets, pushing back against vendors’ cloud plans etc. – and don’t allow audit fear to put you off. 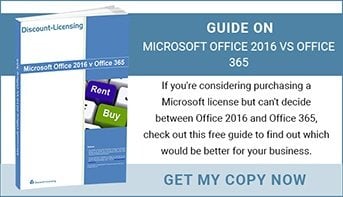